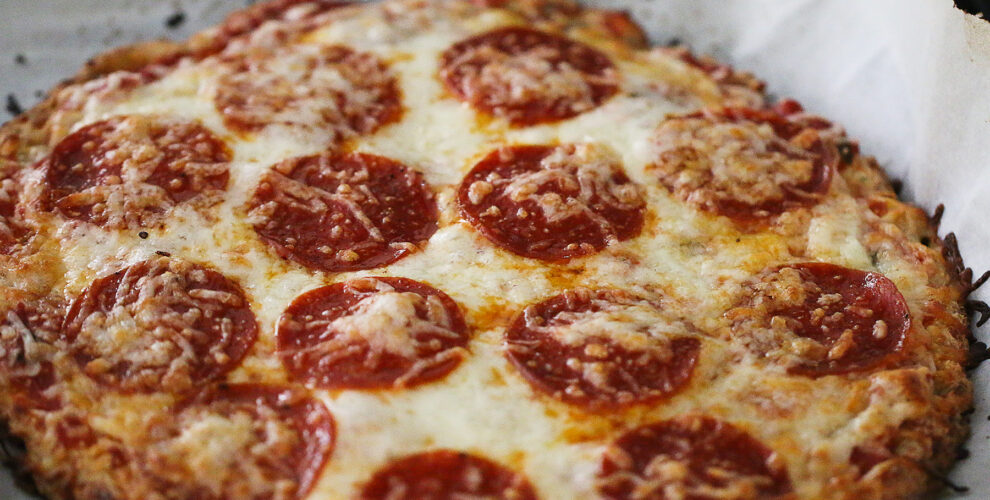 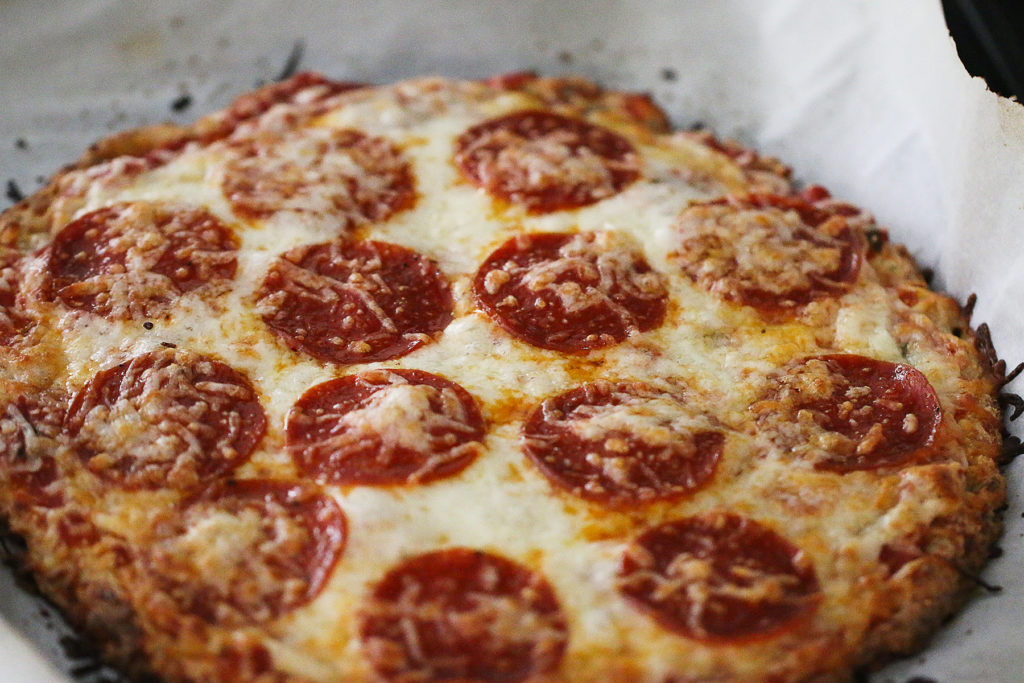 **IF YOU WANNA USE SAUCE ON THE CRUST RECIPE BELOW: grab a jar of Eat Happy Kitchen Tomato Basil Marinara!

Recipes are fluid…always evolving, always improving.  In my case, I’m always improvising based on what I have available in the kitchen.  I love it when you guys find a new way–a better way–to make my recipes, and then tweet me a picture.  It means that we’re having a conversation, and there’s nothing that food does better than invoke wonderful conversation.

I have tinkered with this crust to get it where I want it–just a tad more chewy and moist, with some added dried herbs for some solid Italian flavor components.  Hope y’all enjoy.  Be sure to tweet me a pic when you change it up and make it your own.

This recipe, along with 153 more, can be found in my very first cookbook Eat Happy. Sure do hope you head over to Amazon to grab yourself a copy.

Side note: this pizza crust can be repurposed into sandwich rounds, taco shells, bagel-flavored rounds (as found in Eat Happy Too), and biscuits. Or whatever your genius mind can come up with–let me know what you made!

Want more Eat Happy inspiration? Make sure you sign up for the 31 Days of Meals plan and free recipe sampler here! 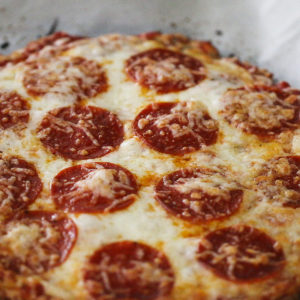 Keyword celiac
Tried this recipe?Let us know how it was!

Fat: The Documentary Trailer is Up!!

FEBRUARY ONLY: Get Eat Happy Too Hard Cover Version and Get The Book Bonuses!!! 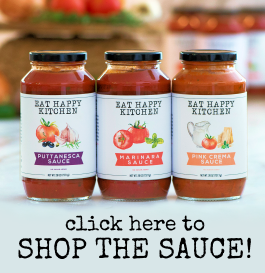 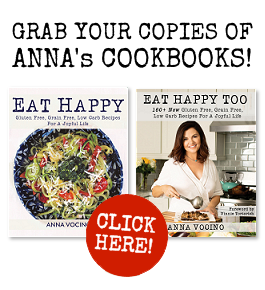 Subscribe to updates, new recipes, and guidance from Anna and receive “31 Days of Eat Happy” FREE…complete with recipes from Anna’s cookbooks. No spam ever…just the good stuff! 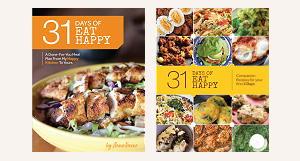 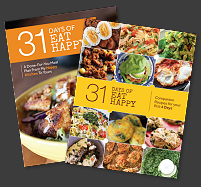 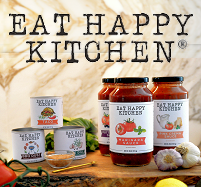